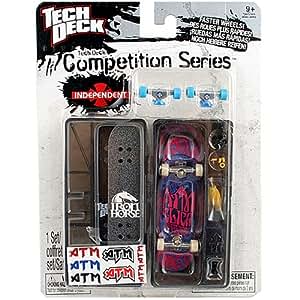 The invention of polished stone axes was a significant advance that allowed forest clearance on a big scale to create farms. This use of polished stone axes increased significantly in the Neolithic, but have been initially used in the previous Mesolithic in some areas similar to Ireland. Agriculture fed larger populations, and the transition to sedentism allowed concurrently raising more children, as infants not wanted to be carried, as nomadic ones should.

The advantages of copper tools over stone, bone, and wooden tools were shortly apparent to early people, and native copper was in all probability used from close to the beginning of Neolithic occasions (about 10 ka). Native copper does not naturally happen in giant amounts, however copper ores are quite frequent and some of them produce metallic easily when burned in wood or charcoal fires. Eventually, the working of metals led to the discovery of alloys similar to bronze and brass (about 4000 BCE). The first makes use of of iron alloys similar to metal dates to round 1800 BCE. Human’s technological ascent started in earnest in what is known as the Neolithic Period (“New Stone Age”).

Meanwhile, people were studying to harness different forms of vitality. The earliest identified use of wind energy is the crusing ship; the earliest document of a ship beneath sail is that of a Nile boat dating to the 8th-millennium BCE. From prehistoric instances, Egyptians most likely used the ability of the annual flooding of the Nile to irrigate their lands, gradually learning to control much of it through purposely built irrigation channels and “catch” basins. The historic Sumerians in Mesopotamia used a posh system of canals and levees to divert water from the Tigris and Euphrates rivers for irrigation. Continuing enhancements led to the furnace and bellows and supplied, for the first time, the flexibility to smelt and forge gold, copper, silver, and lead – native metals present in relatively pure type in nature.

The oldest known constructed roadways are the stone-paved streets of the city-state of Ur, relationship to circa 4000 BCE and timber roads main through the swamps of Glastonbury, England, relationship to around the similar time interval. The first long-distance highway, which came into use round 3500 BCE, spanned 1,500 miles from the Persian Gulf to the Mediterranean Sea, however was not paved and was only partially maintained. In around 2000 BCE, the Minoans on the Greek island of Crete built a fifty-kilometer (thirty-mile) road main from the palace of Gortyn on the south facet of the island, via the mountains, to the palace of Knossos on the north aspect of the island. Unlike the sooner road, the Minoan road was utterly paved.